Chélanie Beaudin-Quintin is a visual artist, filmmaker and a doctoral student. Through her research entitled “Technological animism: thinking the body in relationship with humans and social robots through 360° videodance”, she is interested in investigating our increasing cohabitation with artificial agents and more precisely our animist behaviors towards those agents and the transformation of corporeality in human-machine relationships. She has produced audio-visual installations, sometimes interactive, video art, short films, as well as films and a virtual reality documentary. Over the past two years, she has devoted herself to exploring the language of virtual reality and producing 360° works that have given rise to hybrid films that combine fiction, videodance and documentary. Her work has been presented in several exhibitions and events in Quebec, Toronto and abroad, in Belgium, Germany, Italy and the United States. 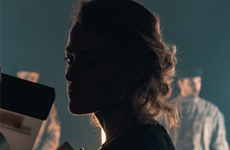